Many of the following recordings were made in 1962 - 1963 unless otherwise indicated. 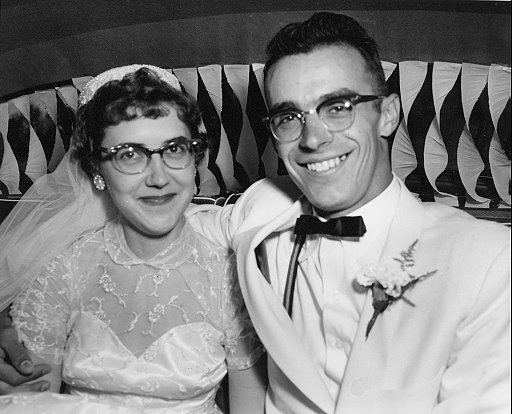 That same year, a movie was made named "High Society".
It starred, among others, Bing Crosby and Grace Kelly.
In the movie, they sang the song called "True Love".
Gerry and I chose this song to be "our" song. Nearly 58 years later, it still is.

True Love
The song by Bing Crosby and Grace Kelly

Having said this, now try to imagine a lonely home sick soldier, in Korea
on a 13 month tour and the effect on him when he receives the recordings as below. 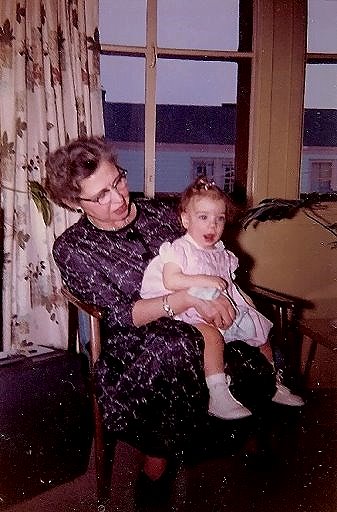 The following recordings were made while I was in Korea. Thought I'd try talking to the kids.

The following three songs are Cindy and Laurie playing their guitars and singing .
If you listen closely, Dave tries a little harmony. Dog barking too.
Mid 1970s.

The "Radio interview plus 2" contains three recordings
1. WAUK radio interview of me at our Army National Guard Unit
2. Recording with Dad while he was in the hospital
3. Partial recording of Mother and family members
(this recording goes bad near the end)

Backward in time now. It is 1954 and Dave is in the US Navy.
To view a movie of Dave, click on the16 mm button below!

During the stay in Kobe, Japan (1953) our "Helena Review" made its debut.
A group of 44 men, including some officers, picked from the ship's Happy Hour talent,
presented six shows at various hospitals and installations in Kobe, Osaka and Kyoto.
The group was built around the Helena's Men's chorus and boasted a variety of
instrumental groups, a combo from the band, popular and hillbilly song stylists and comedians.
The troupe was well received everywhere and made a fine showing.
(Dave was a member of the Helena Men's Chorus).

Words to the song

I just wants to hang around the Piccadilly underground and live off the earnings of a high born limey.

I just wants to live in England, jolly jolly England and roger all me blooming time away ohhh limey.

Call out the members of the old brigade, they'll keep England free.

Call out me mother, me sister and me brother, but for gosh sakes, don't call meeeeee.

This spoof was never intended to make fun of anyone. In 1954 or today!

"The Helena Review" received a standing ovation after performing their show
including this song as performed in one of Hong Kongs theaters.

Many of our British friends in the audience requested a number of encores.

Thank you all for the memories!