On 29 November 2006, the following information was received from Charlie McClelland, USS HELENA CL-50 .
It included these pictures: 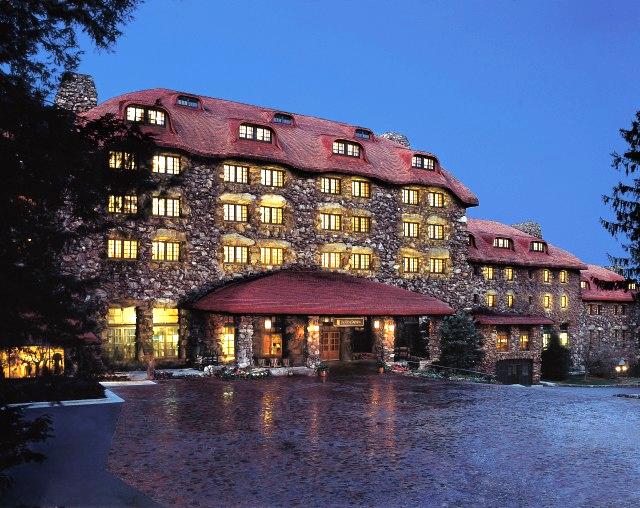 " Betty, This will give you an idea what this place looks like.
My room faces the back and can't be seen on here.
Take care of yourself. Love, Bill" (Charlie aka Bill)

It was know as the U.S. Naval Convalescent Hospital, Asheville, N.C. by us in 1943. Charlie 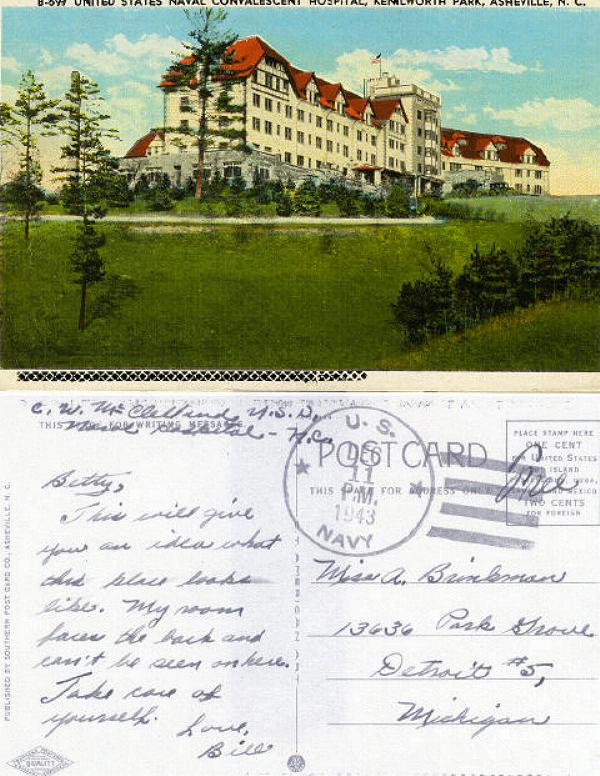 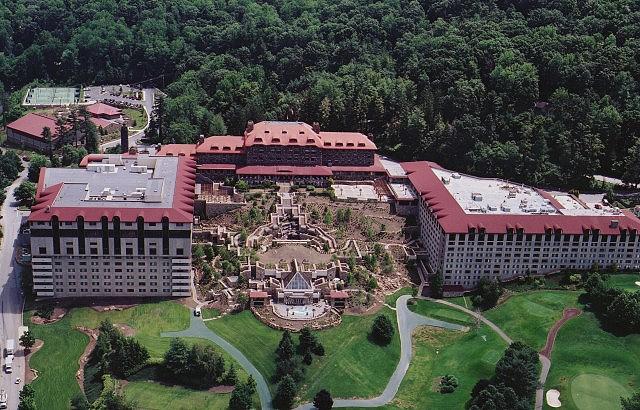 This picture shows all the new additions since the end of WW II located in the rear of the original building, (center).

FROM THE MAG NAVAL HISTORY:

There was an article in the magazine Naval History which was entitled "Tiny Miracle: The Proximity Fuse". Captain Osborne S. P. Koerner, USNR (retired) wrote a letter to the editor which follows:

An incident almost 57 years ago in spring 1943 on board the light cruiser Helena (CL-50). Anchored at our home base in Espiritu Santo, New Hebrides, I had just gone topside for a breath of fresh air after finishung lunch. Near a 5"/38 twin gun mount, officers were removing the nose cones of shells used in that type gun. The group included Commander "Deak" Parson, Lieutenant Commander John Chew, Lieutenant Richar Cochran and others. I (a young ensign at the time) asked LT Cochran, "What's going on?" "I will talk to you later," he responded. Several days passed. A daytime "snooper" enemy aircraft was picked up on the ship's radar. A condition watch existed. The targeted aircraft gave no proper IFF signal, came within range, and was knocked down after the firing of several rounds from the 5"/38 mount. Lt Cochran was the director control officer, and he explained to me that the shells included the new proximity fuses tha had come on board with Commander Parsons. I recall that the fuses still were a secret at that point and --like radar equipments--could not be mentioned even on board ship. The Helena was the first U.S. Navy ship to shoot down an enemy aircraft using the new proximity fuse.
Editors Note: After leaving the Helena, then Captain Parsons, was aboard the B29 Enola Gay and armed the atomic bomb that was the first one dropped on Japan.