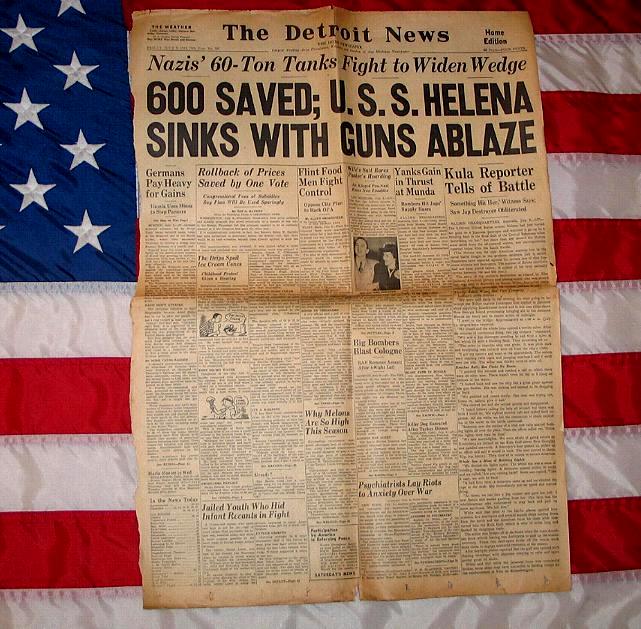 The following picture found on eBay and donated by Dave Brouchoud.
Shipmate on the USS Helena CA-75 From January 1952 - May 1955. 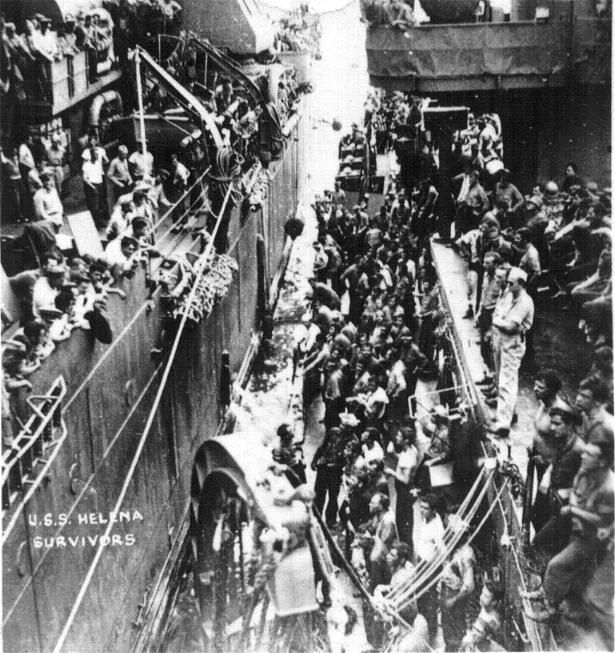 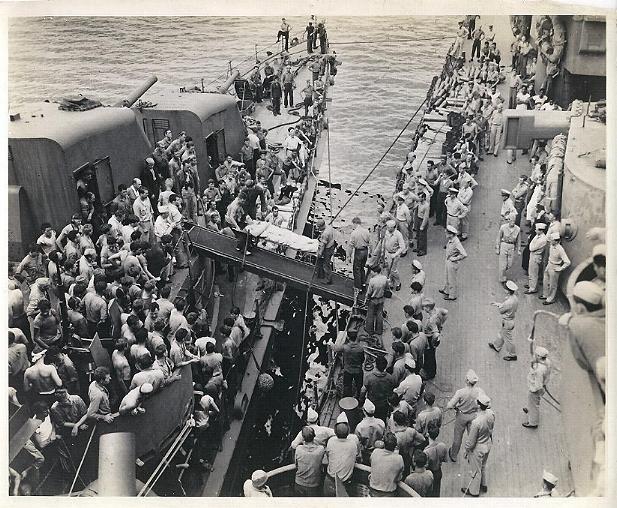 (Information found on the back of the picture)
AMERICANS ROUT JAPANESE IN TWO-NIGHT BATTLE OF KULA GULF, JULY 5 AND 6, 1943
WOUNDED TRANSFERRED AT SEA--A GROUP OF SURVIVORS OF THE USS HELENA, PICKED
UP BY AN AMERICAN DESTROYER, ARE TRANSFERRED TO ANOTHER U.S. WARSHIP AT SEA.
A WOUNDED SAILOR IS BEING CARRIED ACROSS THE GANKPLANK BETWEEN THE TWO SHIPS.
(The Nicholas left, to the Honolulu.) AUGUST 14, 1943

The following narrative and newspaper picture provided by Charlie McClelland.