In 1953, many of the new guys in the Helena's Radar gang were directed to attend
Class "A" Radar school at Treasure Island.
The following photos and documents are from that activity. 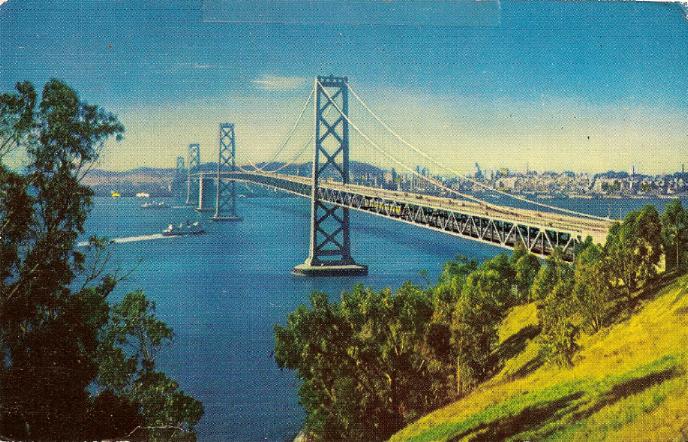 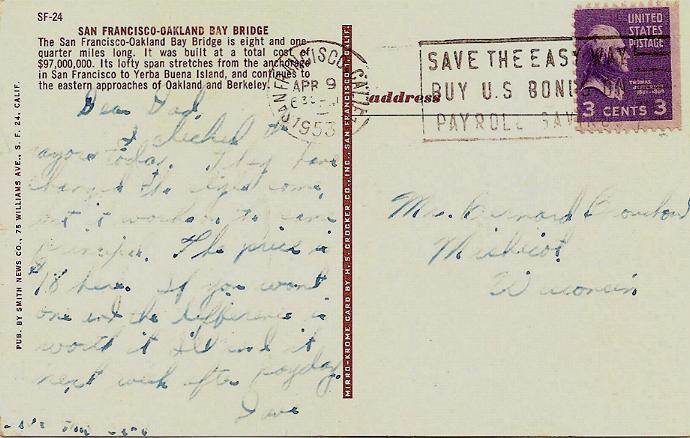 The post card reads as follows: (back)
Dear Dad, I checked the razor today. They have changed the style some, but it works on the same principle.
The price is $18 here. If you want one and the difference is worth it I'll sent it next week after payday. Dave 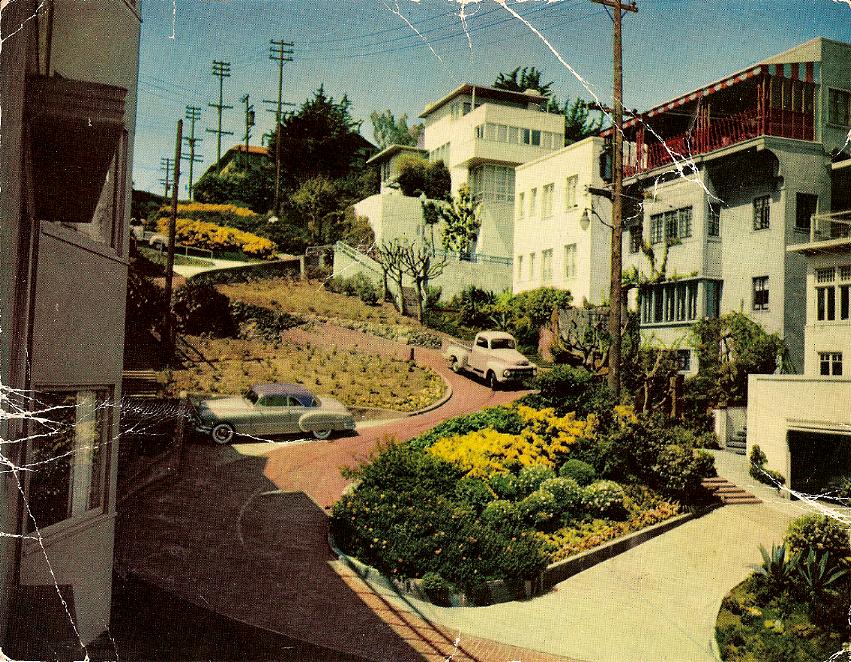 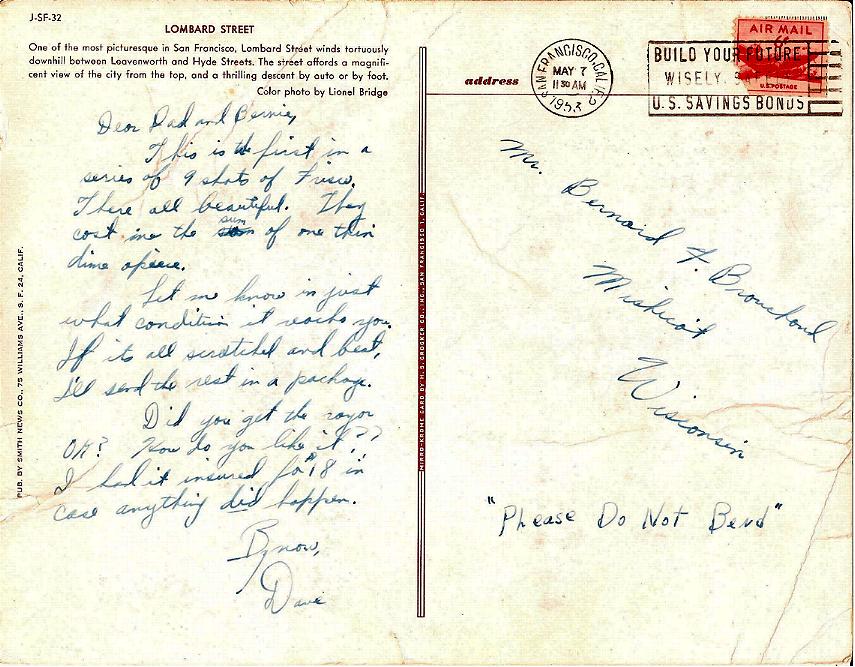 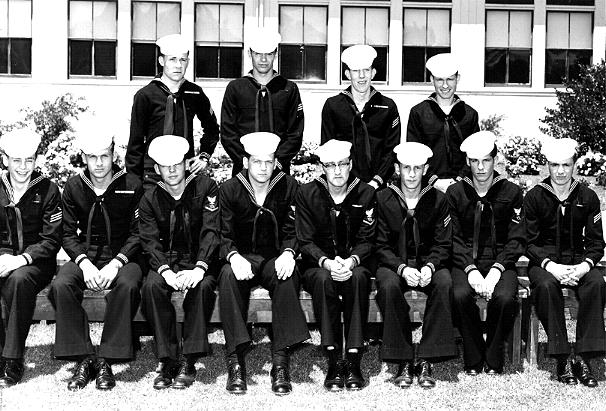 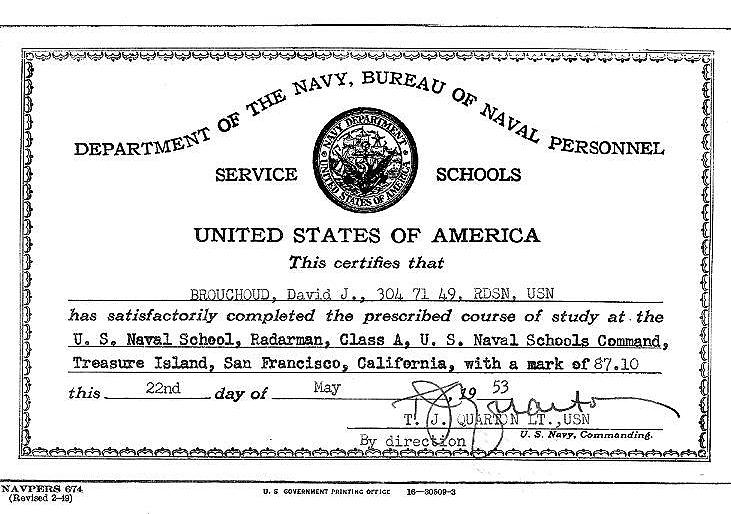 During my stay at Treasure Island, I volunteered to participate in the Schools Navy Band.
While in high school, I was fairly good with the e-flat alto sax.
Being a member of this band meant all participation, practice and engagements, had to be on our own time.
Our grades also had to be acceptable.
This was an exciting and proud time for me.
Although time was short, (Radar school was three months),
I was a band member for 4 engagements in May 1953.

To learn more of the Band and some of it's members,
click HERE

Upon completion of Class "A" Radar School at the Treasure Island Naval Base, San Francisco, CA, I boarded a train to Seattle, WA.
I rejoined my ship, the USS Helena CA-75. The Helena was participating in the 1953 Seattle Sea Fair.
Below is my ticket stub. 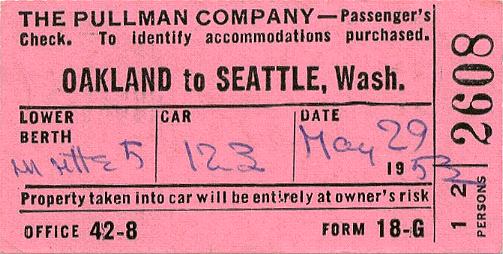