A Memorial Tribute to Mr. Stuebbe. He passed away in 1991. Recently we learned of his achievement during WWII.

A. B. as we fondly called him, always respected me, even those times when I did not deserve his respect. Signed---Dave Brouchoud 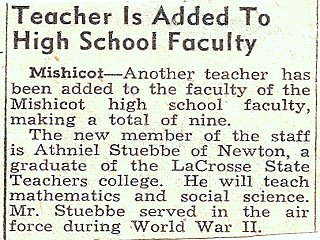 Unknown date of this clipping

After training and a brief stay on Hawaii, dad's crew (flying their new ship "Black Oboe 566--last 3 digits of factory serial number-- and Black Oboe was the the code name for the 29th bomb group) headed across the Pacific to begin their 35 missions. The first leg of the flight was a 2650 mile jaunt into the middle of nowhere, a place called Kwajalein Atoll. My dad was pretty new to the Wilcox crew and he had to navigate them to that little speck of land in the middle of the Pacific. After 6 hours of seeing nothing but ocean Wilcox the pilot reported there were some nervous thoughts as my dad "shot the sun" every 20 minutes---they were past the point of no return. As the Estimated Time of Arrival drew near, ten hours and 45 minutes into the flight, there was no sign of the island. Needless to say the the pilot and crew were pretty nervous. Forty-five minutes plus 15, then 30, then 45 seconds...suddenly there it was. There was a sigh of relief and AB caught a lot of friendly kidding for getting them there so late. The crew realized they had a pretty good navigator. This info came from a manuscript (unpublished, I believe) called "Firestorm" written by Captain Jack Wilcox. 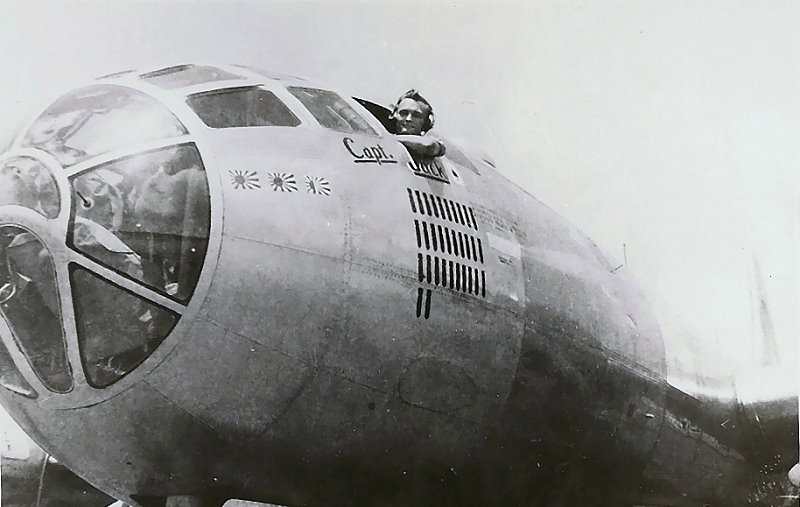 LT Stuebbe in his B-29. "City of Albany." Capt Jack is the pilots name. 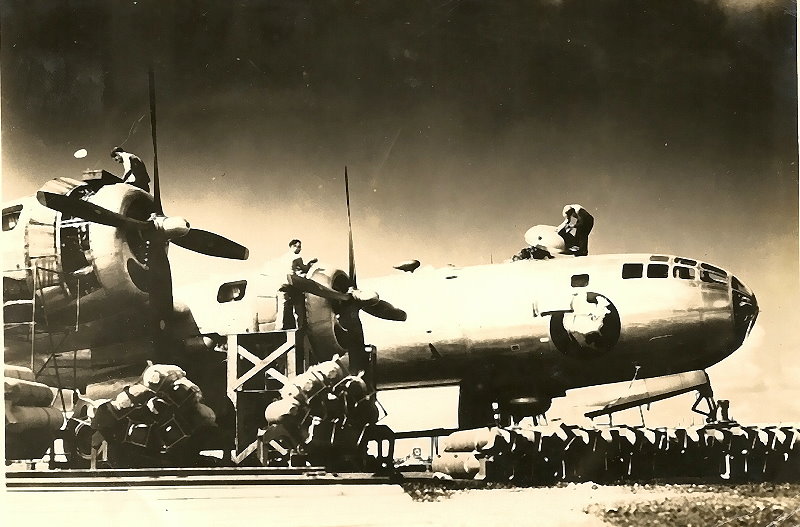 The ground crew services this B-29. Note the bombs nearby, ready for loading.

LT Stuebbe aquired these stamps while stationed on the island of Guam.
My dad did say that there were captured Japanese soldiers on Guam during his deployment there.