The booklet that follows explains who we were and what we did.
(The booklet measures 9 inches wide by 6 inches high) 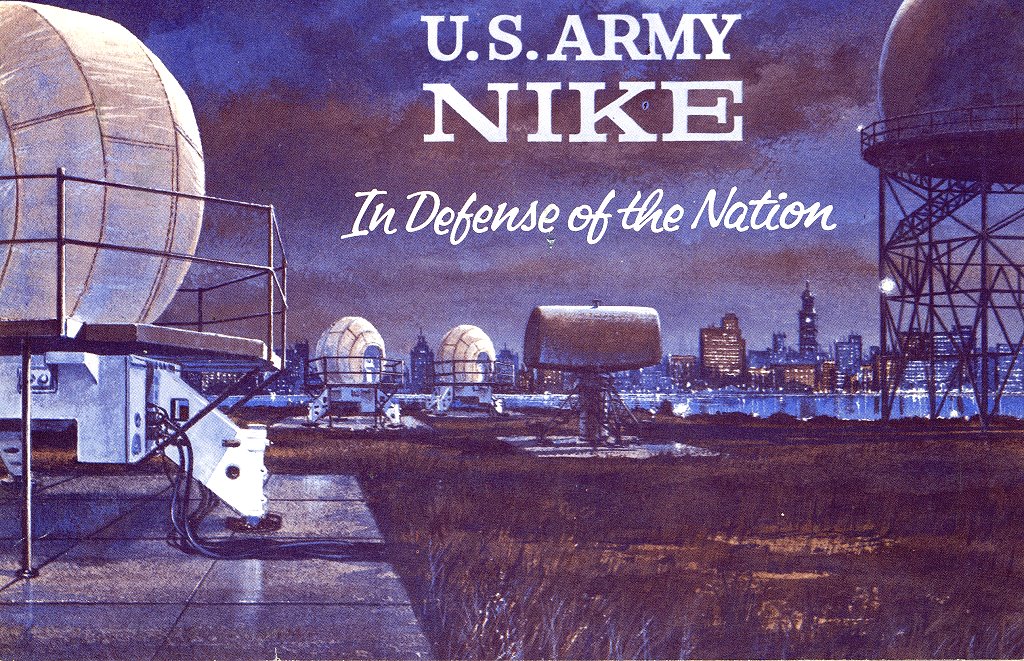 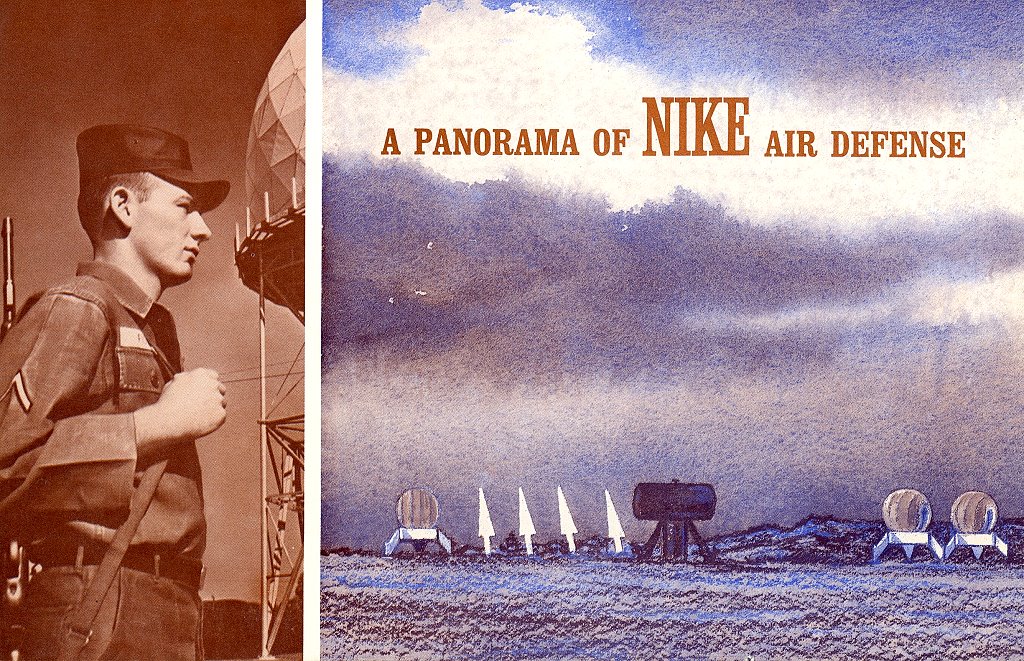 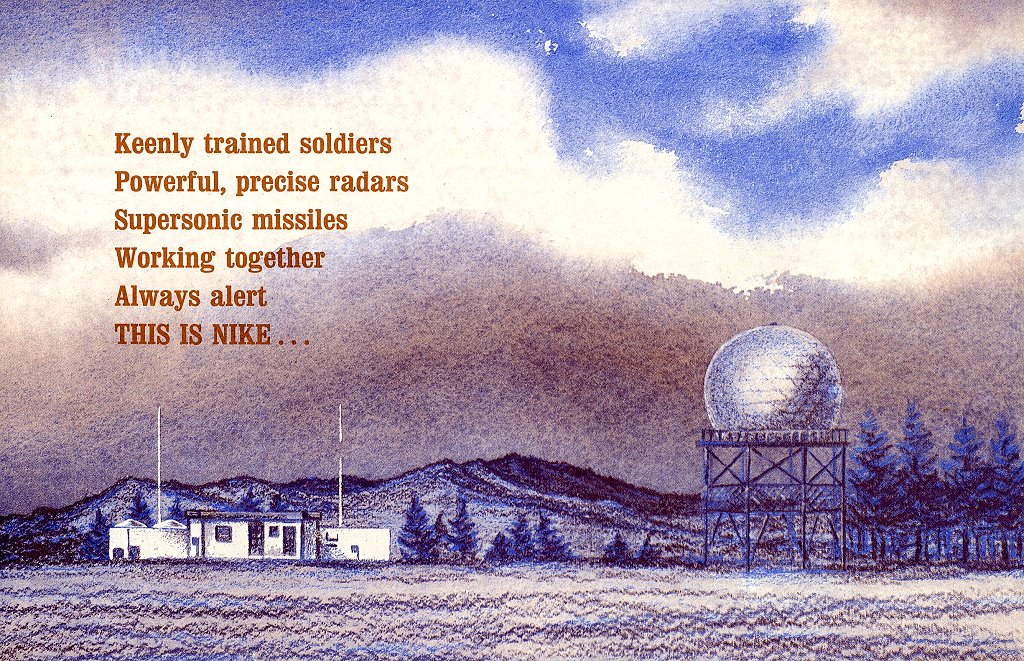 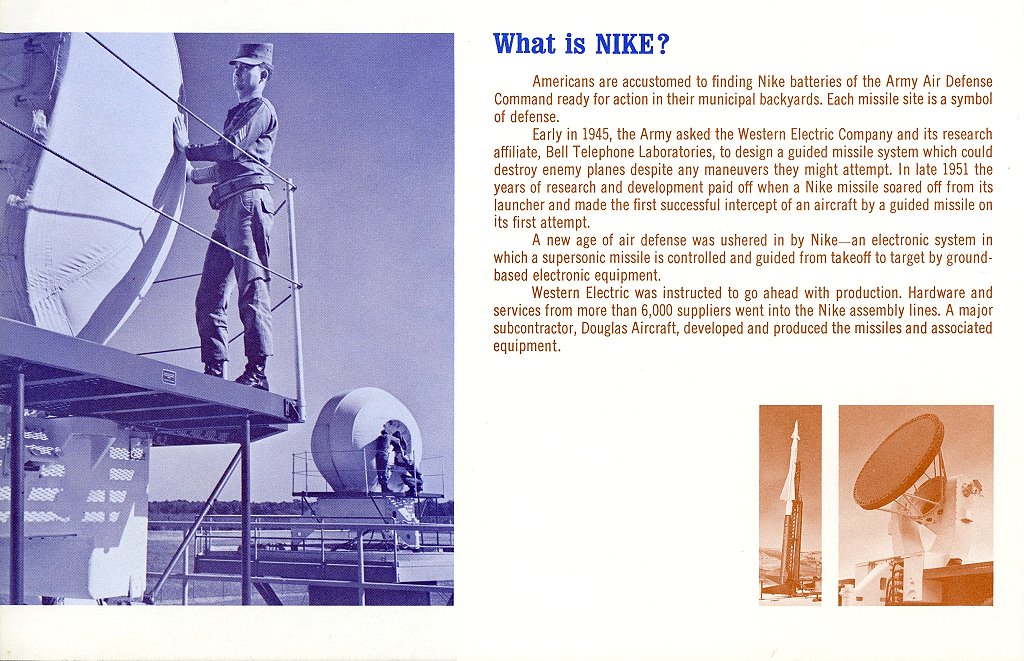 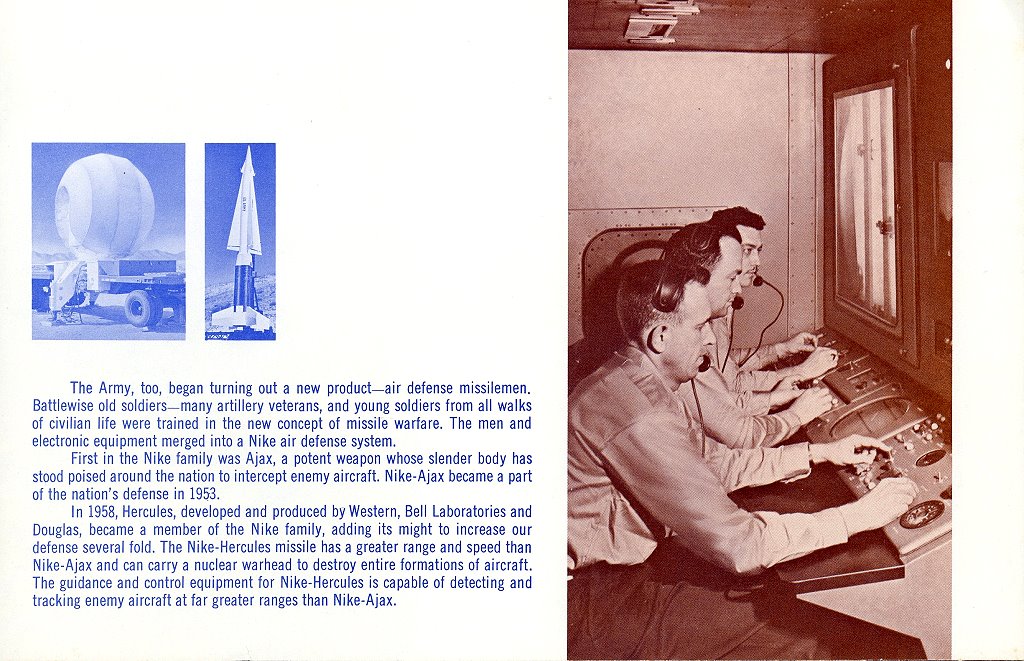 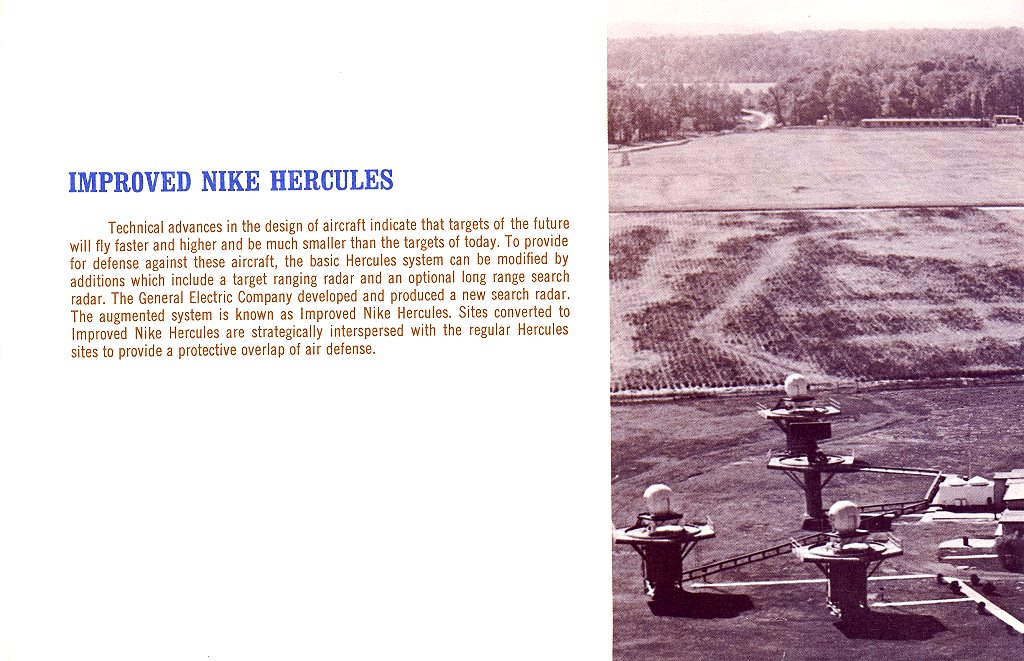 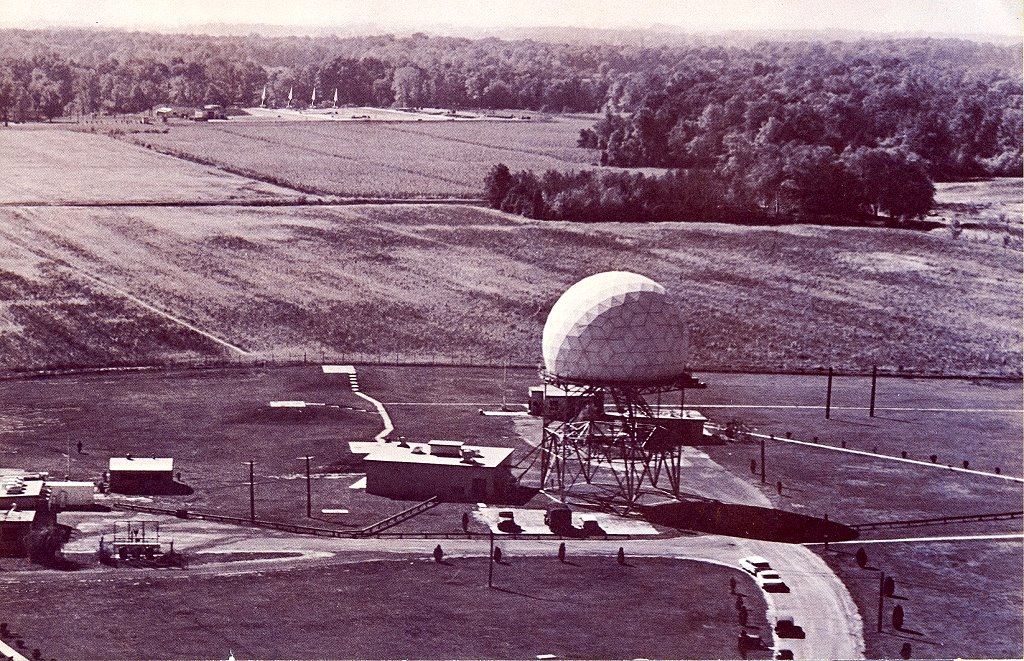 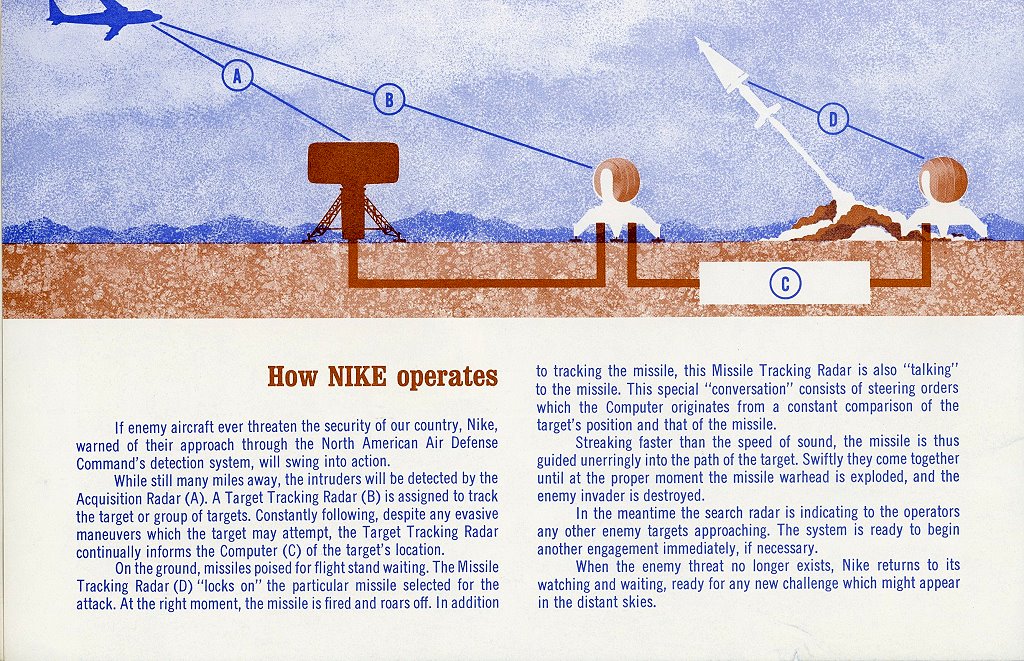 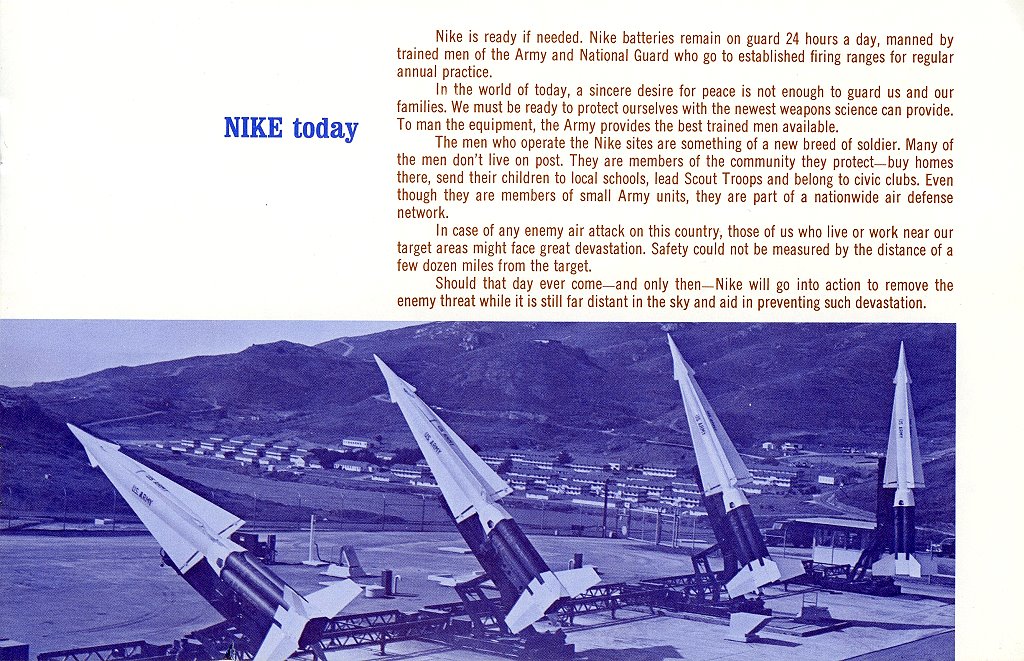 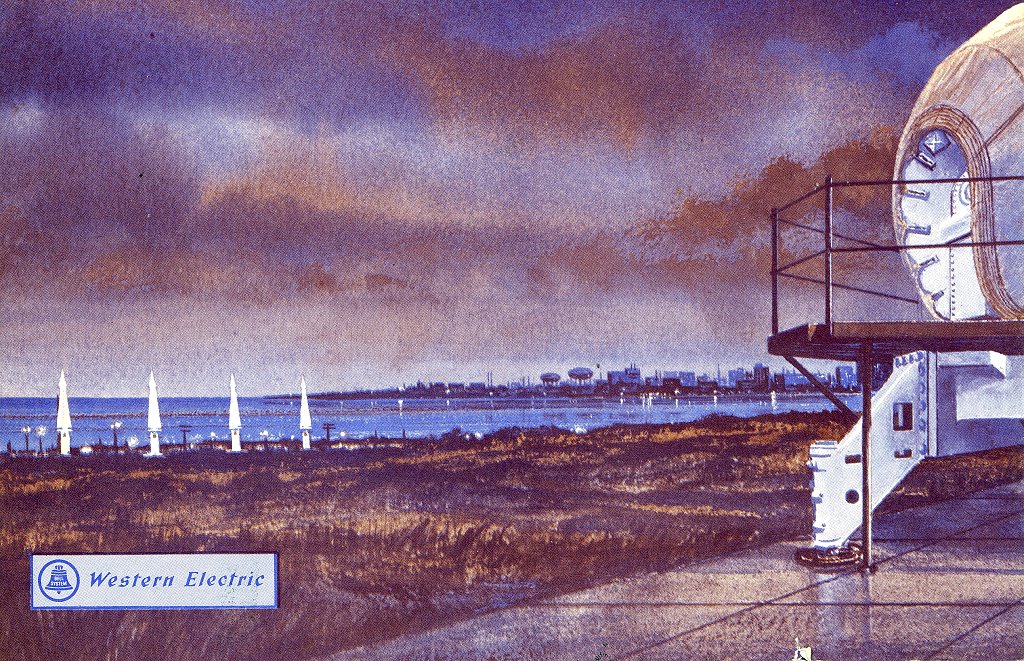 How good were we?
Read a short excert from "A Farewell Salute" by Col Bruce Jacobs as found in the NATIONAL GUARDSMAN dated November 1974.

Putting the frosting on the cake just prior to the first phase out of HERCULES units in 1971,
Wisconsin's Battery B was rated the top firing battery in the 2nd Region of the Army Air Defense Command (ARADCOM).
Their performance in 1970 also won them a runner-up spot for top honors in all of ARADCOM.
(What it means to be a firing battery)
S.N.A.P.
"Short Notice Annual Practice"

Approximately once each year, on very short notice, we were ordered to Ft. Bliss, TX to fire live missiles.
Fail and you stay longer then a week OR come back sooner than a year.

In the spring of 1971, orders were received to close Battery B.